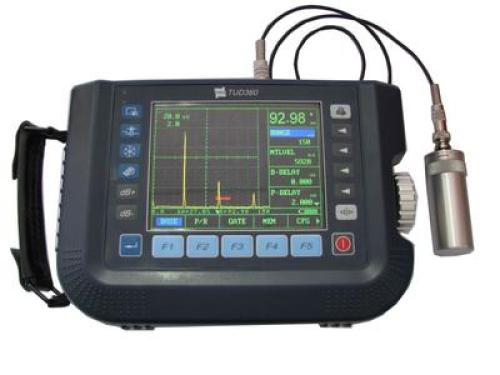 â€œThe smart meter industry companies are mostly concentrated in the southern regions such as the Yangtze River Delta, and the local supporting enterprises in Qingdao are not perfect, so setting up a subsidiary in the south is a matter of time.â€ Recently, the Qingdao Financial Daily reporter visited Qingdao in Zhuzhou Road with the relevant departments in Laoshan District. When Gancheng Electronic Technology Co., Ltd. (hereinafter referred to as â€œQian Cheng Electronicsâ€) and Qingdao Shenghao Chromatography Technology Co., Ltd. (hereinafter referred to as â€œQingdao Shengâ€) discovered that although the companies surveyed belonged to the invisible champions of domestic related industries, In the domestic market, the influence created by Qingdao and Qingdao was created. However, many problems that are constraining the development of enterprises are still very prominent, especially in terms of industrial support, professional talent gathering, etc., they are in a downwind or competitive advantage in the competition with their counterparts in the South, and the above problems rely solely on the strength of the enterprise itself. It has been difficult to solve and urgently needs to work together to resolve it.

In order to set up a factory in the south of the supporting enterprise, "The local industry is poorly equipped, coupled with the factors of talents, we have chosen to set up a subsidiary in the south to deal specifically with the needs of overseas markets." Recently, the relevant person of Gancheng Electronics introduced it as China's smart meter terminal production. One of the companies, in order to better get involved in overseas markets, in October 2012, they set up a subsidiary in Hangzhou, through a year of operation, currently, Gan Cheng electronic smart meters and distribution automation terminals have entered South America, Africa, Eastern and Southeast Asian markets.

Before entering the overseas market, Ganchengâ€™s customers were mainly the State Grid Corporation of China and China Southern Power Grid Corporation. About 85% of the products were supplied to the above two companies. This year, in the competition with 100 national smart meters, such as State Power Nanrui, Ningbo Samsung, and Changsha Weisheng, Gancheng Electronics has consistently ranked in the top ten in the industry in terms of the number of bids won by the two grid companies. "Last year, our revenue was close to 400 million yuan. This year, through the improvement in R&D, manufacturing and product quality, as well as the expansion of overseas markets, the earnings growth momentum of the company is still very strong." Inadequate enterprises and weak supporting capabilities, and the Yangtze River Delta region upstream and downstream companies concentrated in the meter industry, talent concentration, complete and perfect, personnel costs, logistics costs, operating costs are low, so in the future of the layout of the electronics, especially high hopes overseas In the market, Hangzhou subsidiaries will play an increasingly important role.

Cultivating talented companies to set up investment classes Faced with deficiencies in talents and supporting industries, Gancheng Electronics has chosen to set up subsidiaries in the south and docked in the Yangtze River Delta region and overseas markets; Qingdao Qingdao Shengli, another invisible champion in Qingdao, has adopted â€œLending Wisdomâ€. The way to solve the lack of talented professionals.

In addition to the â€œdiggingâ€ of the first R&D personnel of Chinaâ€™s first-generation ion chromatographs, Zhang Liesheng and Jing Jianzeng, at the beginning of the establishment of the company, Qingdao Shengrong established the â€œIon Chromatography Technology Innovation Scholarshipâ€ at the domestic universities in 2007. Jointly established the â€œShengyu Chromatography Classâ€ with the Beijing Institute of Industrial Technicians. â€œThrough the establishment of the Shengban class and the technology innovation scholarship, not only has a number of technical talents been trained for companies in the domestic ion chromatography industry, but also our technical talent team has been expanded.â€ said Zhu Xinyong, chairman of Qingdao Shengyu, and now the companyâ€™s technical staff has already occupied. To two-thirds of the total number of employees, it is roughly estimated that Qingdao Shengyu concentrates 50% of the talents in domestic ion chromatography.

Achieving concentration of talents not only benefits the development of the company, but also benefits the enterprises in the ion chromatography industry in Qingdao.

This is also a way for Qingdao Sheng Sheng to resolve the lack of supporting industries. Zhu Xinyong stated that Qingdao Shengyu is also faced with the problem of inadequate industrial support. Some upstream and downstream enterprises are concentrated in the Pearl River Delta and the Yangtze River Delta. Qingdao Shengyu builds its own industrial chain on the one hand and hopes to take the lead in the industry to take the lead. Established a domestic ion chromatography industrial park in Qingdao to attract companies in the upstream and downstream industries.

For small and medium-sized private enterprises, it is difficult for Qingdao Shenghe to rely solely on its own strength to solve the industrial supporting problems. It is difficult to obtain results in the short term. It is not impossible for companies to choose to develop in different places based on their own considerations or market roles. Relevant departments need to start with investment policies, industrial support, and other aspects to create a soft environment where invisible champions and companies can grow bigger and stronger.